It's Good to Be Tom 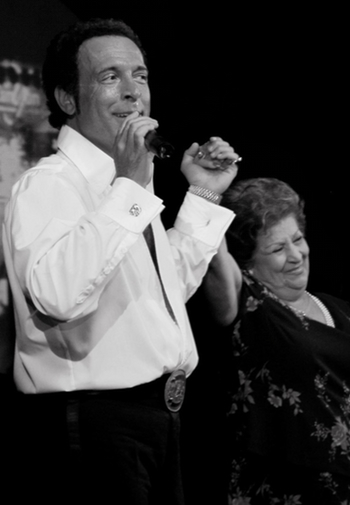 Tom Jones is a legend and an icon in the entertainment world.  His popularity has spanned nearly four decades and doesn’t seem to be waning. As long as Jones is popular so too will his top impersonator… Harmik. Harmik has become synonymous with Tom Jones.

He is internationally recognized and praised as the #1 Jones look and sound alike in the world. Over the years, Harmik has established himself as a staple at corporate events, private functions, and full stage solo concert performances.

Establishing himself, though, has been a road fraught with hard work and determination. When Harmik first started in the late 70’s, there was very little money in the market for a Tom Jones impersonator. Harmik always felt that himself as Jones was a strong enough personality to stand alone, and therefore never wanted to be part of a multi-cast impersonation show, and because of the lack of money and bookings, he decided to leave the business in the early 80’s. From there, Harmik decided that it was time to forgo this foolish dream, take care of his family, and find a sensible job. Having studied economics in college, he became an equities trader, did what he was “supposed” to do, and was miserable.

It was through the support and encouragement of his wife, Sherri, that finally got him back in the business in the early nineties. “He was not happy as a trader, and he loves entertaining. I figured, since you only go around once in life, we needed to take the risk for our happiness. I always believed in him.”

Picking up and starting again was neither easy nor pretty, but it was made easier with the support of his wife and family. “It was a do or die situation,” says Harmik. “I had to work hard and really study “Tom.” I took voice lessons, dance lessons, studied films, the look… but cutting his long hair was the tough thing.” And he learned the songs of Tom- especially prompted by the experience of the first job that he did as Tom, where he only knew one and a half songs. The crowd loved him, and he ended up singing each of the songs three times.